On May 12, The Disagreement got dirty.

We were emotionally unavailable. Unshowered. Foul-Mouthed. Not Hygienic. 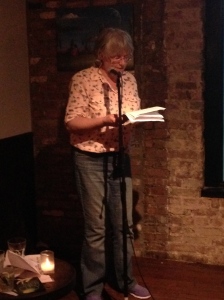 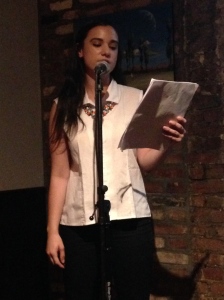 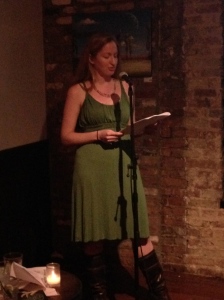 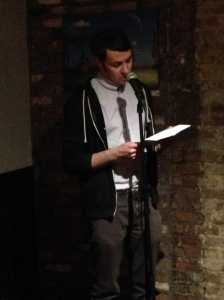 If Cleanliness Is Next to Godliness …

On May 12, The Disagreement presents “Better yet, did you need to wash it today?” Four writers and one poet will read work dealing with varieties of uncleanliness. Be sure to shower before you come.

At The Hi-Fi Bar. In the back room. We’ll start around 8.

Frank Weisberg is 29 years old and from Orange County, New York. He holds degrees in Literature and History from SUNY Purchase College and an MFA in Writing from the California College of Arts in San Francisco. His work has appeared in Phoebe and Sparkle + Blink. If you like his story, please do drop him a line: frankweisberg@yahoo.com

Karen Heuler’s stories appear in literary, fantasy, and science fiction magazines regularly and have won various awards, including an O. Henry. Her 2014 novel, Glorious Plague, was about a strangely beautiful apocalypse, and her second story collection, The Inner City, was chosen as one of the best books of 2013 by Publishers Weekly.

Ron Kolm is a member of the Unbearables, and an editor of several of their anthologies; most recently The Unbearables Big Book of Sex! Ron is a contributing editor of Sensitive Skin and the Editor of the Evergreen Review. He is the author of The Plastic Factory, Divine Comedy and, with Jim Feast, the novel Neo Phobe. His most recent collection of poems, Suburban Ambush, was published by Autonomedia last year. He’s had work in Hobo Camp Review, Have A NYC 3. the Too Much anthology and the Outlaw Bible of American Poetry. Ron’s papers were purchased by the New York University library, where they’ve been catalogued in the Fales Collection as part of the Downtown Writers Group.

Arden Levine lives in Brooklyn, New York and is a reader for Epiphany.  In 2015, her work has appeared or will appear in AGNI Online, Rattle, Bodega Magazine, Emotive Fruition, and the New York City Poetry Festival.  She holds an MPA from New York University and consults to nonprofit organizations.

Nichole LeFebvre won The L Magazine’s Literary Upstart competition and was published in their 2013 Summer Fiction Issue. Her writing has also appeared in Gigantic Sequins, Necessary Fiction, and Bustle.com, and she was runner-up in Columbia’s 2015 nonfiction contest.