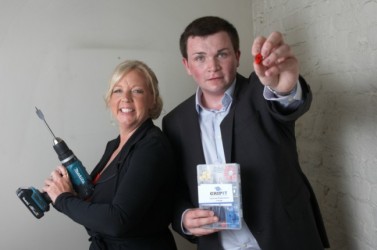 Ever feel like you’re not going to make it? That your life is slipping from your already tenuous grasp? Of course you have. Feeling like you’re losing it might be the only sane response to this modern age.

And on that note, The Disagreement presents “Depending on how I grip it …” on Monday, May 30, featuring four readings about losing one’s hold on reality, their bodies, the past, the present, and everything in-between.

At the Hi-Fi Bar. We’ll start around eight.

Mark de Silva is the author of the debut novel Square Wave, which was released by Two Dollar Radio in February of 2016. He holds degrees in philosophy from Brown (AB) and Cambridge (PhD). After several years on the editorial staff of the New York Times’s opinion pages, he now freelances for the paper’s Sunday magazine, while also serving as a contributing editor for 3:AM Magazine.

Hi, I’m Dorian Rolston. Nice to meet you too. So I’m…Like Gray, yeah, my parents are big fans, wild about Wilde! All the time. Always nice to hear, though. To think I was almost my dad’s namesake instead, a George, Jr., just like young G Doubya under examples of namesake in a sentence at Merriam-Webster.com. Really! It says: How much did President George Bush influence his son and namesake George W. Bush? Who knows. Possibly rhetorical. I think we think things are more patrilineal than they actually are. Well, my wife took my last name but she was never under the influence of my dad, if that makes sense.

Tobias Carroll is the managing editor of Vol.1 Brooklyn. He is the author of the collection Transitory, out on Civil Coping Mechanisms in August, and the novel Reel, out on Rare Bird in October.